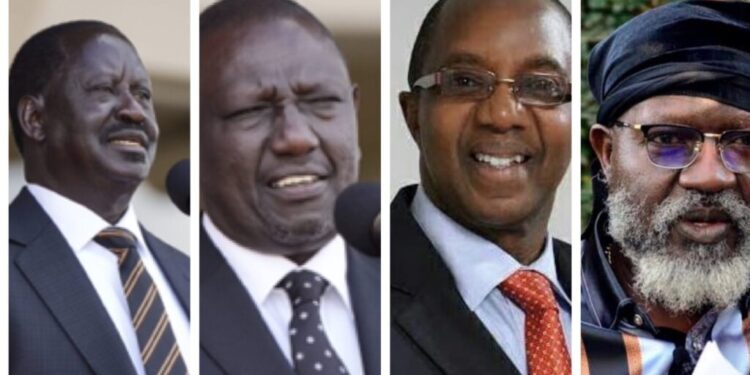 A fact check by Kenyans.co.ke established that only 35 counties out of 47 have so far submitted forms 34A majority of which are currently at above 92 per cent.

Regions from which the results have nearly hit 100 per cent mark are the Rift Valley and Mt. Kenya which are perceived to be Deputy President William Ruto’s  strong holds.

Nyeri is among the 35 counties leading with the forms submitted currently standing at 99 percent followed by Elgeyo Marakwet, Kericho, Nandi and Uasin Gishu.

There are, however, five other counties that are yet to submit a bulk of their forms 34A at below 80 per cent but above 50 per cent.

They include Wajir at 52 per cent, Mandera at 61 per cent, Garissa at 68 per cent, Tana River at 78 per cent and and Turkana at 76 per cent. Kakamega County which had its gubernatorial elections suspended is at 89 per cent.

In the case of Wajir, Eldas constituency has 72 polling centres with zero forms 34A submitted. This is because IEBC called off the voting exercise in the region after gunmen attacked a tallying centre on Monday, August 8 evening. Election in the region has been slated for August 10.

“It will not affect our timelines in terms of our presidential announcement. If it is done by the end of the day, they will be able to tally and transmit results. The original copies will be airlifted to Bomas for the national tally,” explained IEBC Chairman Wafula Chebukati.

With little above 3 million cumulative provisional votes for all the four presidential candidates, total votes that were casted stand at 12 million.

IEBC opened a public portal for Kenyans across the country to monitor presidential results in real-time.

The Commission granted access to the portal to tame misinformation and misrepresentation of facts and promote transparency in a cutthroat presidential contest.