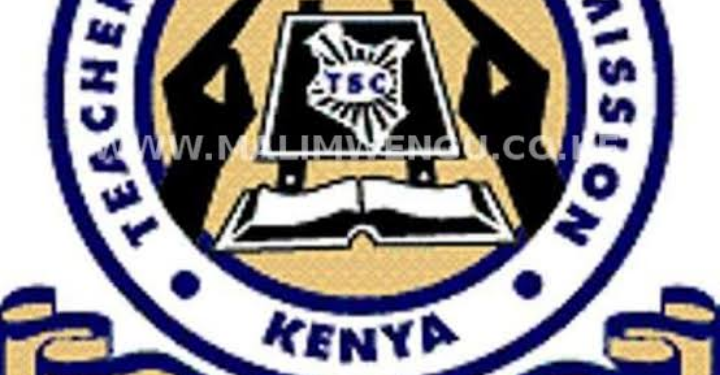 TSC Teachers’Delocalization Looming as a List of over 4,000 Teachers Emerges

A total of 4035 teachers names have been forwarded to the Teachers Service Commission (TSC) by Counties for delocalization consideration when schools conclude for the third term in July this year.

This follows the compiling and transmitting of teachers data to the teachers’ employer by Counties which ended successfully. TSC through Dorothy Jonyo, Deputy Director Staffing, had ordered its regional staff to collect and forward data of all school heads who have stayed in one institution for more than nine years.

The majority of those targeted are school heads and deputies serving in their home counties. TSC will additionally transfer teachers who have worked in the same station for a long time.

In a February 26 memo to all Regional Directors, the commission requested details of primary headteachers and principals of primary and secondary schools who have exited the teaching service.

TSC had also asked for data of school heads who are currently serving from home due to the effects of the Covid-19 pandemic. Under the secondary schools’ sector, regional directors were ordered to capture the home county of the principals together with details of their current institutions.
The information included the size of the station, the sponsor of the school, and the category of the school and the enrolment of the data. The mean score recorded by the schools for the last 3 years between 2017 and 2019 were also to be taken as well as the school’s host county.

The principal’s designation, job group, and gender were also captured. County Schools are headed by principals who fall under grade D2. There are approximately 7,000 sub-county schools with nearly 650,000 students countrywide.

Extra county school principals fall under grade D4. There are roughly 531 sub-county schools in Kenya with about 130,000 students.

For primary schools, the teachers’ employer wanted to get the data on the age of the headteachers, their home county, designation, current school, and host county of the institution.

However, teachers with medical conditions together with those who are about to retire will not be affected by the forthcoming delocalization exercise.

TSC Teacher Deregistration, Reasons Why a teacher can be Deregistered

In the July wave, TSC is targeting school administrators who have worked longer in the same station and those whose promotion has delayed ensuring a fair transition while continuing the delocalization program.

The delocalization process for school heads started back in 2018 and has resulted in headteachers and principals of primary and secondary schools being transferred from schools in their home regions or counties to other regions.

TSC maintains that this will better curb corruption, reduce rates of student indiscipline and bring about a more national viewpoint in school management.

In March, the Teachers Service Commission TSC dismissed claims that it was planning for a mass transfer of teachers nationwide after the national exams were completed.

“Our attention has been drawn to a story in the Standard of today, 9th March 2021, under the headline TSC sets pace for Fresh round of mass transfers. The TSC wishes to refute the claims made in the story that the Commission plans to conduct a mass transfer of teachers countrywide,” said the Director of Staffing, Rita Wahome.

TSC further stated that its Chief Executive Officer (CEO) Nancy Macharia announced before the reopening of schools in January this year that it would not conduct the mass transfer of teachers this year due to the challenges resulting from COVID- 19.

But on the ground, everything appears to be different as the July delocalization of teachers gains momentum. Transfers by TSC are being undertaken for 4 reasons.

Headteachers who retired created vacancies that must be filled
Some deputies must be promoted.
There’s a need to strengthen management in schools.
There’s a requirement to transfer teachers who have served for a long time in one station.

Delocalization Face Opposition.
The Kenya National Union of Teachers (KNUT) Secretary-General Wilson Sossion stated that the union will oppose the plan to delocalize its teachers.

Sossion who is fighting to retain his position in the coming poll claimed that the delocalisation policy was sneaked in the Building Bridges Initiative (BBI) report which the TSC is using to institute the schools’ management shake-up.

In a Sossion’s letter to the BBI secretariat, he said: “The policy was not proposed by Kenyans but was unjustly sneaked into the report to drive TSC’s agenda of delocalisation of teachers.”

The nominated Member of Parliament (MP) said if the commission executes massive delocalization of teachers then it shall be faced with collective industrial action to safeguard families as well as the teaching profession.

The BBI report whose development is yet to be seen following the BBI appeal case which is set to be heard from June 29 to July 2, recommended that the Ministry of Education assumes policy guidelines that discourage local recruitment and staffing of teachers, depending on the conditions or circumstances.

“To strengthen social ties and promote unity among all the communities, stakeholders recommended that the Ministry of Education reviews the curricula to introduce and integrate the teaching of national unity, character, and cohesion to learners during their formative or early years,” says the report.

Despite opposition from unions on teachers delocalisation and transfers, TSC has always maintained that the transfers were in line with the provisions of the code of regulations for teachers and Collective Bargaining Agreements (CBA) signed between them and unions.

“The Commission finds it an act of dishonesty and deceit on the part of the unions’ leadership to continue making public pronouncements calculated at misleading the same teachers the leaders are supposed to guide,” Dr Macharia said.

The mass transfers and the delocalisation exercise has been the main source of contention between TSC and KNUT. Back in 2018, President Kenyatta directed the Ministry of Education to review the TSC policy on mass transfers.

“I am aware that delocalisation has created some unforeseen challenges that have affected some teachers,” said Uhuru.

Dr Macharia said while defending the transfers and delocalisation that they were both negotiated and signed by the two teachers’ unions (KNUT and KUPPET) and documented in the CBA.