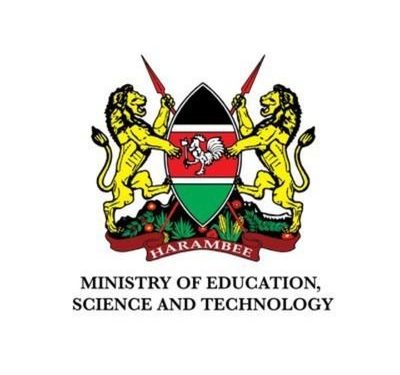 Teachers with P1 Certificates and who have not joined the teaching service will now have an opportunity to upgrade to the new Diploma in Primary Teacher Education for nine months before being employed.

The Ministry of Education is planning to advertise for the upgrade chances any time between June and July this year where interested persons Will be allOwed to appiy, shortlist the applicants and place them in various government Teacher Training Colleges for the upgrade programme which is expected to kick out in September this year.

The Kenya Institute of Curriculum Development (KICD) is currently working on the curriculum design for the upgrade programme, as it emerged that the upgrade will only focus on equipping the teachers with Competency-Based Curriculum (CBC) skills since they have already acquired the basic teaching pedagogies. The resolution was reached after it emerged that no teacher in future will be employed by the Teachers Service Commission (TSC) to join the teaching service without a Diploma.

This emerged during a high level consultative meeting which involved top Ministry officials, Principals of Teacher Training Colleges and other Stakeholdersheld in Machakos TTC early May this year.

Only 1400 applicants qualified to join Diploma in Primary Teacher Education (DPTE) and Early Childhood Development Education (DECDE) in June this year, and who were distributed to six various Public Teacher Training Colleges. They were distributed to Machakos TTC in Machakos, Thogoto TTC in Kiambu, Shanzu TIC in Mombasa, Egoji TTC in Meru, Baringo TTC in Baringo, and Migori TTC in Migori and they are expected to join in June this year.

The remaining colleges wil wait longer since it was agreed that they wait for those who will be shortlisted to join the upgrade programme to Diploma in September this year.

The government targeted to place about 7, 000 students in about 30 Public TTCs across the Country. According to sources privy to the meeting in Machakos where shortlisting was being carried out, the stakeholders resolved to strictly stick on the 5 C’s Principle that is a Kenya Certificate of Secondary Education(KCSE) mean grade of C (plain) with a C (plain) in English, Kíswahili, Mathematics, and any Humanities and Science subjects for those who were to be placed for Diploma in Primary Teacher Education.

Those applicants who failed to meet the criteria were immediately placed to Diploma in Early Childhood Development Education, with candidates with disabilities being allowed to be shortlisted with strictly minimum entry grade of C- (Minus) and a C- (Minus) in the cluster of subjects stated above. The durationof both courses shall be three years in accordance with the approved Curriculum designs.

Tutors who will offer lectures to the first cohort of diplomateachers who are now joining the six Public TTCs in June this year completedtheir training between March 8 and 12 this year, meaning that these first group of diploma teachers will purely teach the new Competency-Based Curriculum (CBC) in schools. Under the new plan, TTCs are expected to ensure that the teacher-trainee receives appropriate training and professional development, which will accord them an opportunity to engage in research, since the tutors will guide the teacher trainee appropriately to embrace the shift from the Objective Based to the CBC, which is hinged on use of learner-centered methodologiesfor realisationof expected outcomes.

CBC focuses majorly on enlarging learners’ knowledge, experiences and imaginative understandings as well as the development of moral values for life-long learning, which necessitated the need to train the tutors to enable them, coach the first cohort of Diploma teachers.

Chairperson of Kenya Teachers College Principals Association (KTCPA) Saul Baraza who is also principal at St. Paul Kibabii Diploma Teachers Training College said that they don’t have a problem with the requirementsthough he raised concern that Teacher Training Colleges (TTCs) may not get the right numbers as per the moment. “We don’t have a problem on the entry requirements but the only challenge when it comes to operationalization is that it seems out there, there are few candidates with those grades as of now because, when students finish Form Four some of them don’t stay at home for a long time especially those who have done well in Mathematics and Sciences,” said Baraza.

Kenya National Union of Teachers (KNUT) Bomet Executive SecretaryMalel Lang’at supported the resolution of allowing the P1 teachers to upgrade to Diploma since it will solve the College’s puzzle of being shut due to lack of enough students.

Malel further urged the government to fully finance the teachers upgrade programme since some of them graduated long time ago and have families while some have been employed by some private and public schools with minimal wages which can’t support them for the upgrade programme.

“Since a number of them are employed in some private and public schools earning peanuts literally they don’t have money, while some have families they may not even have money to sponsor themselves; so we urge the government to give them some sponsorship and even include them to Higher Education Loans Board (HELB) programme,” said Malel.

The Government had suspended training of primary teachers for almost two years in order to phase out P1 certificate courses in Teacher Training Colleges and allow time for development of a curriculum to teach the new diploma course.

The move was meant to replace P1 with diploma course, to ensure teachers are trained in accordance with the Competency- Based Curriculum (CBC) needs. According to the CBC taskforce, Pre-Service Competency Based Teacher Education (CBTE) will provide the education sector with a valuable opportunityto train teachers on the CBC approach.

TSC Teachers’Delocalization Looming as a List of over 4,000 Teachers Emerges